League of Legends! A multiplayer online battle arena video game played by over 12 million gaming nerds worldwide! A game that clocks up 1 billion player hours a month! A game of magic-exploding, stabby, axe-wielding, bow-shooting madness! A game I had no clue existed…

Or at least hadn’t until the individual I lovingly refer to as my MonkeyButler wandered into my life and started making me tea.

Like all League of Legends nerds, when he’s not making me cups of tea or listening to me prattle on about the oddly disturbing world of kooky knitting, my MonkeyButler plugs himself into the net and kicks virtual heinie in the magical world of LoL.

I am a self-confessed nerdy gamer girl: I own a blue Ocarina, spent my teenage years planning my marriage to Final Fantasy VII‘s spiky-haired Cloud Strife *swoons*, ran away to Monkey Island with a rubber chicken, and on occasion rock a Super Mario Raccoon-eared hat. The text tone of my phone is the noise Link makes in Zelda when he discovers treasure, and the rug in my front room is covered in Space Invaders. I heart computer games.

I will say one thing though. I suck at League of Legends. I really really do.

Lucky for my MonkeyButler I am much better at making stuff. So, for the MonkeyButler who has everything, I crafted a Little League of Legends champion…

"Never underestimate the power of the Scout's code."

And if you, like me, have never heard of League of Legends then just appreciate Teemo for his teeny tiny knitted cuteness. It’s ok. I understand your befuddledness.

Here’s a picture of the real Teemo (if you can count computer generated cute but deadly characters as real. Which I do) for your eyeballs to take in. 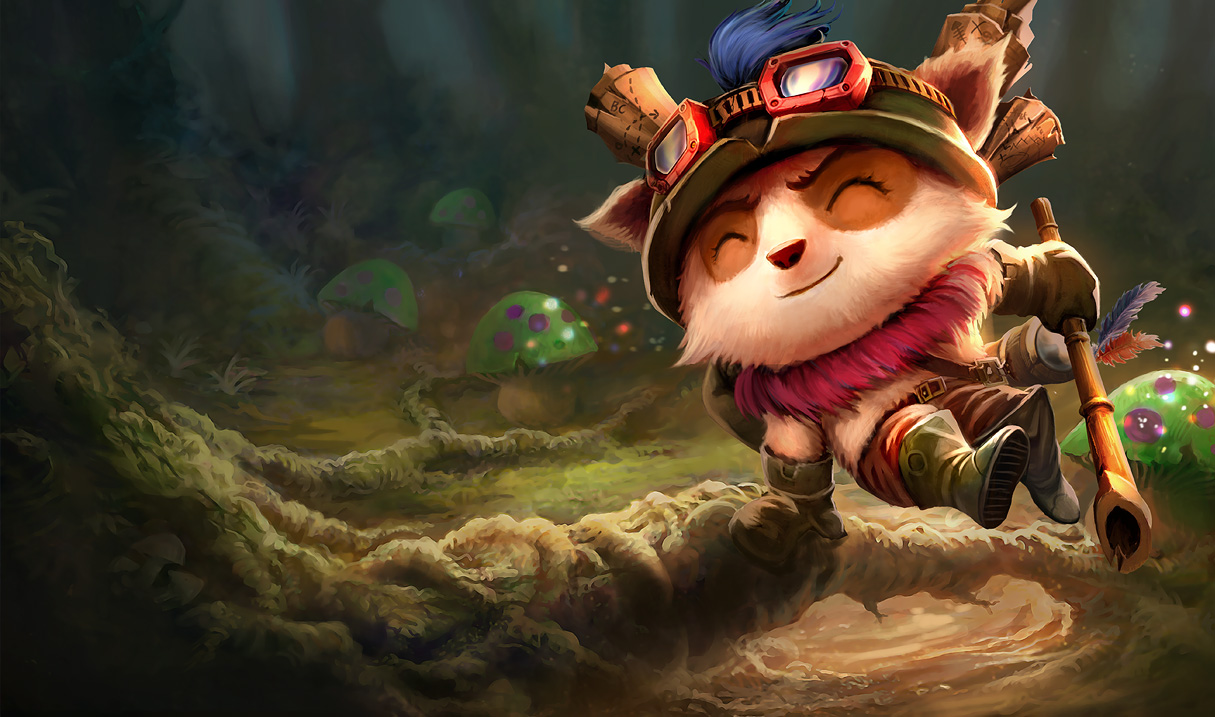 And if you come across me in the lanes crying behind my minions, then understand that I really am the worst LoL player in existence. Sigh. Please be nice to me.