Plucky the Protest Mouse vs The Fat Cats

A protest mouse is born

You may only be one teeny tiny squeak but maybe if you squeak up when things are unjust then someone will hear you and stand with you.

And if enough of you are standing then you might start changing things for the better.

This is the tale of one little Protest Mouse who stood up and squeaked.

Why a Protest Mouse was born

Up until this point I’ve not really been a banner waver. I’m happier just spreading the woolly love with my street art and stitching together a giant community of crafters for very little pay but a warm fuzzy feeling.

However in the past year my little knitted creatures and I have seen and been affected by some sad things.

As far as we can understand it this happened:

With the sound of those fat cats purring away while the rest of us little folks lost so many great things (and are still losing them) something had to be said. 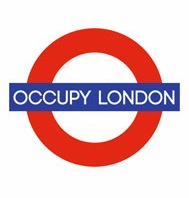 On Saturday October 15th a group of disillusioned individuals pitched their tents outside London’s imposing St Paul’s Cathedral and settled in to join the worldwide ‘Occupy‘ cause. Occupy London is just one of hundreds of Occupy camps around the world, part of a movement which began with the Occupy Wall Street Camp in New York.

What they’re saying is simply this: There has to be a better and fairer way of making things right.

It sounded like a fine idea to me. I picked up my needles and began to knit. Some hours later Plucky the Protest Mouse was born. Plucky is indeed 10cm tall, and he is just a tiny handknitted mouse, but he (like me) has grand ideas of equality, justice and happiness for all. One thing you can say about Plucky. He’s really not a fan of fat cats.

To Occupy or not to Occupy?

The newspapers, Twitter, the television; they all had their views. Plucky and I decided to go along to Occupy London and see for ourselves. Here is what we saw:

We saw tents pitched on the chilly London pavements.

We saw stirring words, dubious fonts and Lord of the Rings references.

I always thought The Shard looked more like Sauron's Barad-dûr

A wall of organisation on the side of St Paul's

Occupy's game of pass the parcel heats up

Something we call all agree on

And people telling their own versions of the truth.

We saw some serious crafty action.

We saw bunting (not just for Royal Weddings).

Handmade in the wind

And we saw a distinct lack of chaos, laziness and disorganisation.

Once we’d seen all this we made our decision. It was time for Plucky to Occupy.

Not sure Queen Victoria is amused

And just when you think that one tiny Protest Mouse, in the middle all of those shouty banners, is never going to be heard, you’re proved wrong.

Pretty soon that 10cm mouse isn’t looking so little, and the feeling that he’s just one small squeak against those giant justice-stomping fat cats starts to subside when his voice is part of a whole chorus of squeaks from all around the globe.

So maybe one little Protest Mouse can make a difference. Fancy joining him?

If you fancy starting out in Craftivism you really should check out The Craftivist Collective, run by the splendiferous Sarah Corbett too. Their mini protest banners are very cool.