Posted by Deadly Knitshade on Oct 5, 2011 in Book Stuff, Knitting, London, Once in a Lifetime Stuff, People | 19 Comments

The final part in my tale of book worm dream and wrestling with the Grim Reaper: We last left me facing off against the Big Casino (my affectionate term for the evil cancer I was battling) with the desire to pick up a pair of knitting needles. (If you missed it read Part One first)

So while I was letting medical staff fill my veins full of innocuous-looking liquid that burned on the way in and caused me to have to rock the skinhead look, I learned to knit. Two good friends (Laura and Georgia), my mum, and Debbie Stoller’s knitting bible Stitch n Bitch, taught me the art of the simple stitch. Beginnings: chemo-fluff-head me and Laura ‘Purl Princess’, one of the first Stitch Sages who taught me to knit 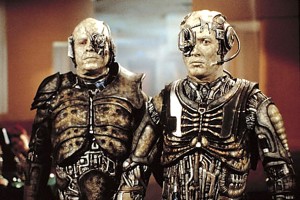 Not me during treatment but pretty close. Minus the webcam eye.

I proceeded to knit, badly, while I went through all manner of medical madness. I was pumped full of poison through five separate courses of treatment; got blasted with radiation that turned my skin the colour of storm clouds; had samples of bone marrow drilled out of my limbs; was fitted with an awesomely horrible plastic squid-like tube (that plastic squid image would inspire great things in my future) that stuck out of my chest for months – a direct line to my heart for easier chemo assaults (causing me to feel somewhat like The Borg in Star Trek); and was generally poked, prodded and scantily dressed in front of too many handsome young doctors for anyone’s liking, for a seemingly endless couple of years.

While wrestling I also helped create a knitting group made up of the friends I had first cast on with. Stitch & Bitch London was born. A group of lonesome knitters who we brought together in order to stitch and stuff large amounts of cake into our faces in company each week. Throughout my illness we kept the group going and I kept attending week after week, no matter what level of zombified I felt. I could barely make it to work most days, but I was damned if I was going to miss the knitting. 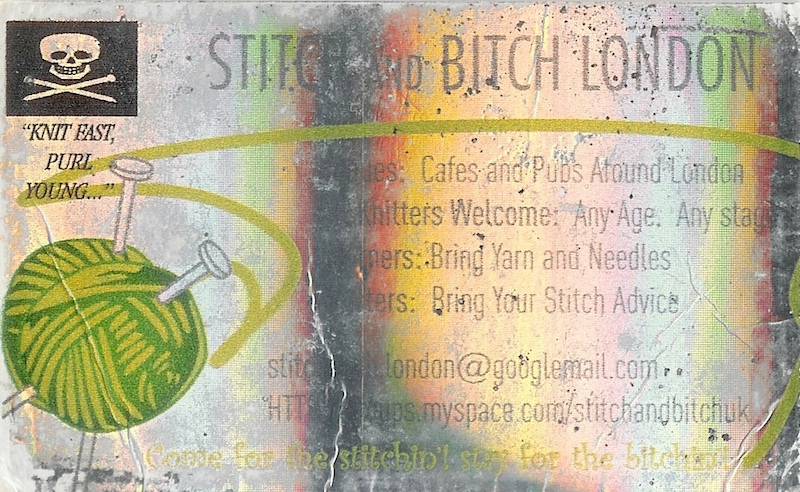 My first ever S&B London business card. So shiny!

Sticks and string became my hero but they were not alone. To my bald-headed delight my words returned with a fibre-muffled fanfare and I started writing a little email newsletter to our few members. I used my words to organise, offer teaching and beckon in new converts to the craft. S&BL kept me getting up and going out, and was one of the few places the Big Casino did not take centre stage. 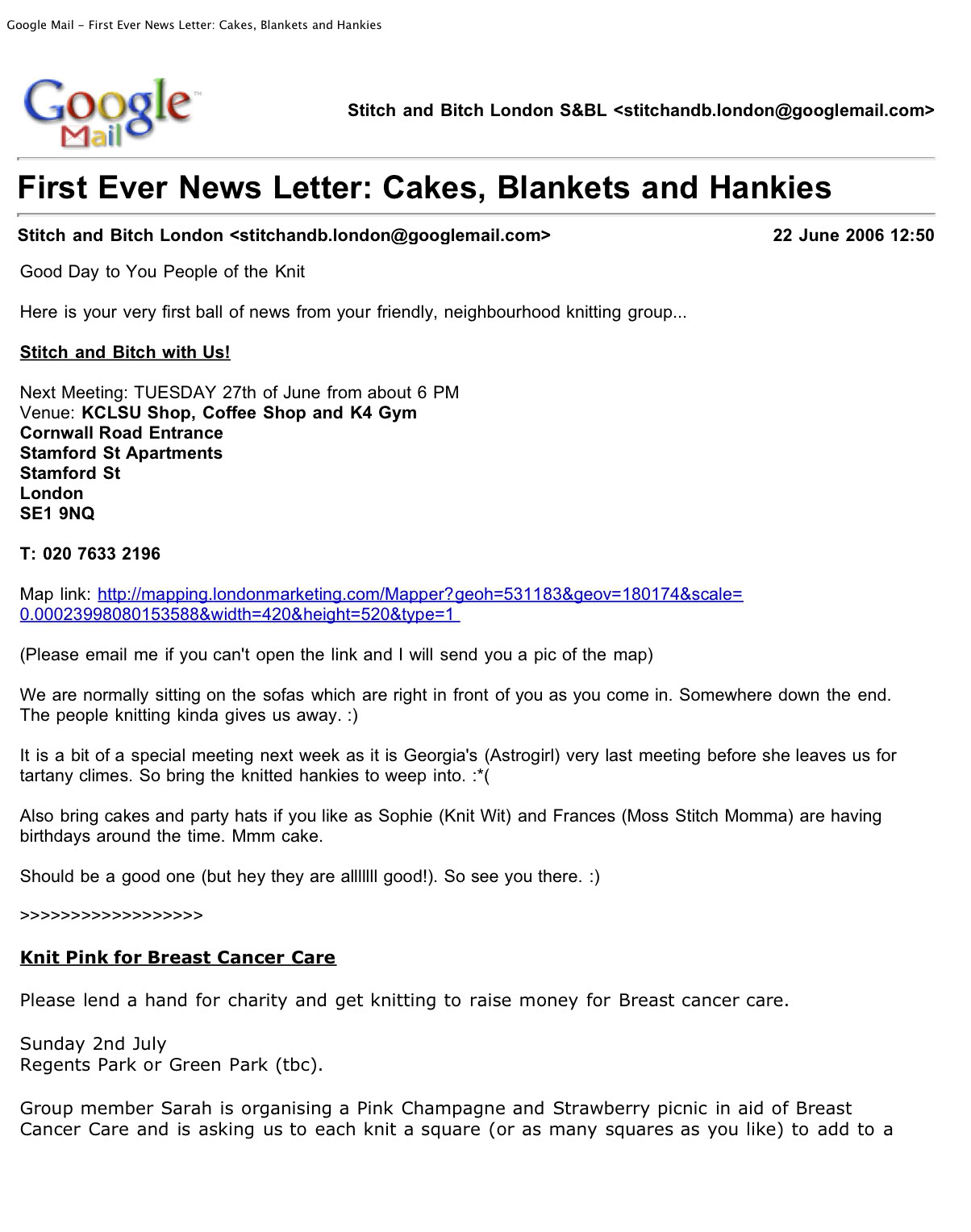 The first ever S&BL newsletter. Bless.

As the public purling action continued the readership grew to the point I had to learn to create a more official newsletter, featuring all-singing all-dancing graphics. I began to suspect I was doing something horribly right. 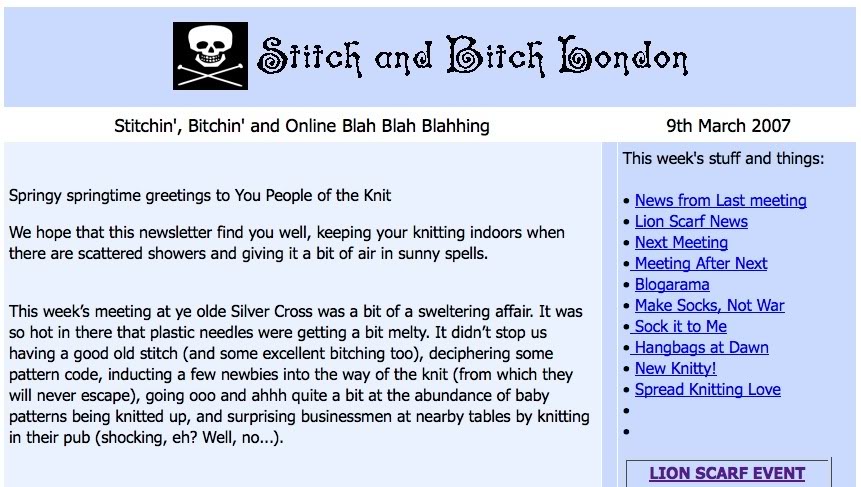 The S&B newsletter gets upgraded

And all the while my dice rolling with the Big Casino continued.

Girl in the bubble 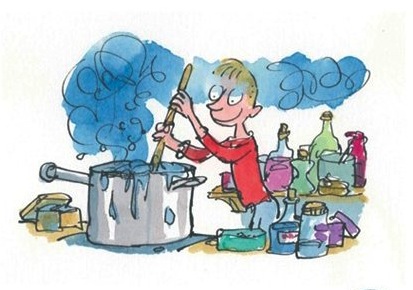 How they really make high-dose chemotherapy

My final face off with the Big C saw me squirrelled away in isolation, trapped in a dreary hospital tower like a bald Rapunzel, for almost a month. The isolation was due to the fact they gave me high-dose chemotherapy (I pictured doctors pouring every poison to hand into a large pot á la George’s Marvellous Medicine) in such a large amount that, not only did my eyebrows become mere suggestions of themselves and my head hair entirely vacate my bonce leaving me resembling a feminine Uncle Fester, but my entire immune system was killed off. Every last bit.

It was then my task to regrow said vanished immune system from the stem cells they had harvested from my blood earlier in the year. For a week I smelled like sweetcorn soup, as the preservation fluid they keep your cells in has the same smell and when they put them back in so do you.

While I rebuilt my immune system, fighting off several horrible added bonus illnesses at the same time (even isolation can’t keep out everything), I knit knit knit. I stitched a simple baby blanket for my godson in Australia. It was oddly soothing, the quiet click click click click of needles, the horror of the dropped stitch and the victory of fixing it, and the idea that I was making something while I was remaking myself. And while I knit the blanket, a pigeon of inspiration fluttered into my brain, roosted for a while and laid a delicate little egg of an idea for world knitting domination. 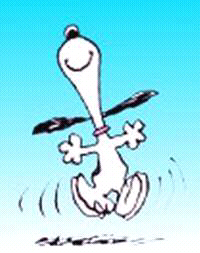 I emerged from isolation rocking some very cool scars, triumphant, exhausted, slightly radioactive, and unsettlingly ambitious. Since that day, when I hobbled to the car with an almost-finished blanket it my hand and lungfuls of the sweetest London air I have ever inhaled, I knew that egg of an idea would hatch and whatever grew from it was going to stomp all over my old life and stamp its giant woolly footprint on the world whether I liked it or not. I was a brand new cancer-free human being. Leaving the old skin of myself behind in that sterile hospital room and quietly flexing my newly grown wings. Deadly Knitshade was hatched at last. Hurrah!

A Scarf for London’s Lions

In March 2007 I sat between the paws of one of the Trafalgar Square Lions with 550ft of handmade Lion Scarf wrapped around the four iron cats behind me. Six months before I’d stood in this square and told doubting fellow stitchers that yes, it was possible to knit a scarf big enough for a whole lion. Honestly.

Below the be-scarfed lion friends and family beamed and grew teary eyed, passers by gawked and dropped money into buckets, and the cameras of the press flashed and snapped. I blinked into the lenses and grinned myself stupid because my heart was dangerously close to exploding with happiness. If there was a moment when the woolly Godzilla tapped me on top of the head with its giant knitted claw and bellowed “FEEEEEEEEED MEEEEEEEE!”, that was it. I was alive, I was well, I had an army of fibre-flinging friends around me, and I was covered in knitting. It felt bloody fantastic.

Beneath the warm lion I met Beate and her family. Beate was a fellow cancer fighter leaving for Germany for new treatment. Her family has delayed their trip for a day to come and see the scarf they had contributed to. Sadly I learned much later that, after much battling, brave Beate lost her own fight. It was an honour to have stood beneath that woolly lion with her and feel proud of what we were fighting for.

Beate and her family

That was Stitch’s first big event and it had stomped across the planet spreading the woolly love. Every single person who knit that scarf had a story of hope, happiness or heartfelt wishes behind their stitching and we had knit it all together. If I could manage this then what else could I wrangle the woolly Godzilla to achieve?

Woolly Godzilla on the rampage

In the last six years Stitch has grown like a ravenous crafty pet monster and rampaged across London, and then the world, with me clinging to the lead in a ridiculous show of ‘walkies’.

Since I had learned for free, I decided early on that this giving malarky was a very cool thing to do and that Stitch would remain as free as I could keep it. The woolly Godzilla, despite its size and scary woolly teeth, will always first and foremost be about giving something for the love of it. It will always be about encouraging others to make new knitters and change lives with a little bit of yarn. The free teaching, the free newsletters, the free meetings, the crazy free events sent hailstones of happiness pinging off it where ever the handmade monster roamed. I clung on to that lead and went where ever it took me. 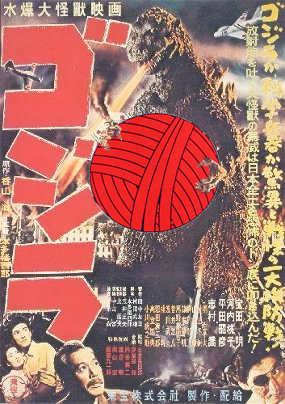 So the gargantuan crafty creature took over my life. It made me yearn to learn how to handmake everything, thus I have taught myself to make websites (the British Library selected my first website for preservation and archived it here if you want to see its old incarnations), graphics, events, and even global exhibitions of tiny knitted doppelgangers. It has challenged many volunteer handlers. It has emptied my pockets and then my bank account over and over again. It has filled the collection tins of countless charities. It has built lasting friendships. It has hatched many a new knitter. It has created a whole stash of wise and utterly lovely Stitch Sages. It has eaten far too much cake.

And it has done it all with a friendly growl and a daft pointy-toothed monster grin.

But for me most of all, for the tiny Knitshade with a pen in one hand and big dreams of books in her head, it has sent my words out into the world and made magic with them. 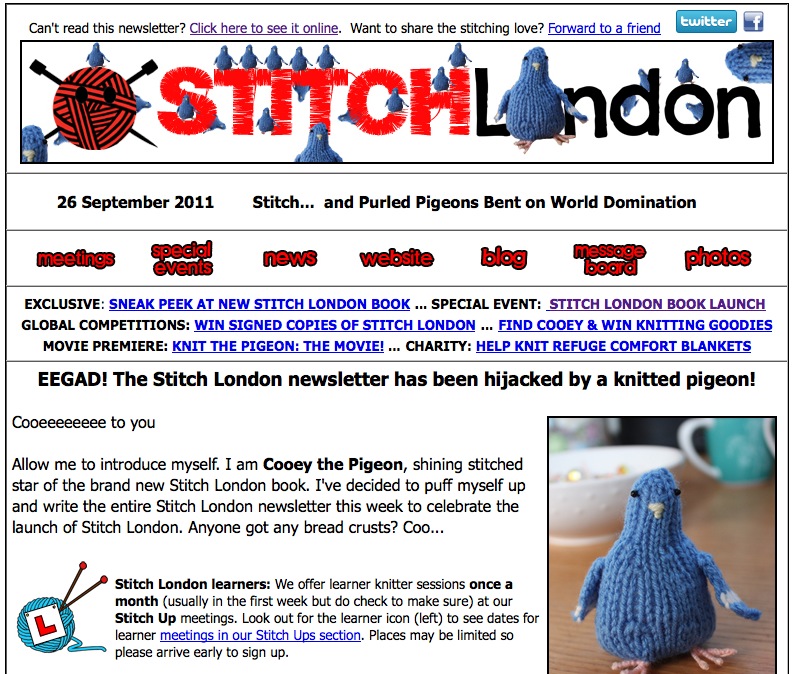 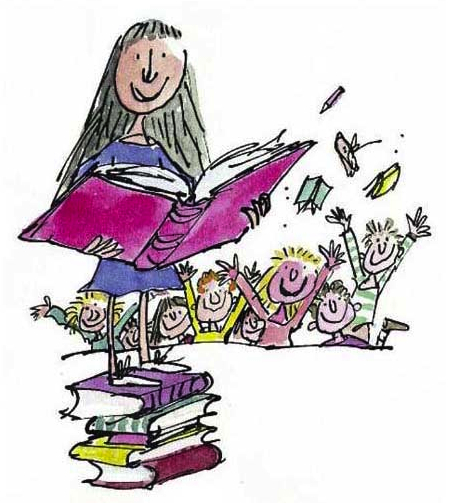 A book worm with her own book

I’ve gone from lone writer writing weekly all alone (which made me a total fruitcake), to editor and writer of a fortnightly epic contributed to by me and a changing team of volunteer teachers I was convinced would make great woolly writers (hatching new writers is nearly as fun as teaching new knitters), to a monthly whirl of words and pictures I stitch together solo today (with a little help with Ask Gertrude from our Agony Aunt and her rage counsellor), but it still makes me a total fruitcake). It’s terrifying every time I hit send but I keep sending it. And people keep reading.

On September the 29th 2011, five years after I left the doctor’s office with the word ‘remission’ held carefully in my head in case it blew away in the breeze, the first book by Lauren O’Farrell, Stitch London, was released into the wild. Its pages are full of kooky stitching squashed in with a web of words that I have been dreaming of weaving ever since my knitting and I first met. Today we’re having a big cake-and-pigeon-filled party to celebrate. 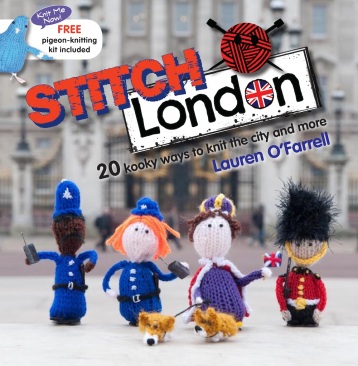 Look what I made!

Not only that but the book raises money for Leukaemia and Lymphoma Research (yes, Big Casino, I will never be finished beating the living crap out of you) with every single sale. This means that the words I scribbled and shuffled around, and the sticks-and-string patterns I conjured up to make bits of woolly madness, are teaming up to beat the stuffing out of cancer once more.

And, this fact makes me Snoopy dance, it’s just the first in a whole shelf-load of books to come. Not all of them will be crafty either (shock horror). The book worm is finally making books. 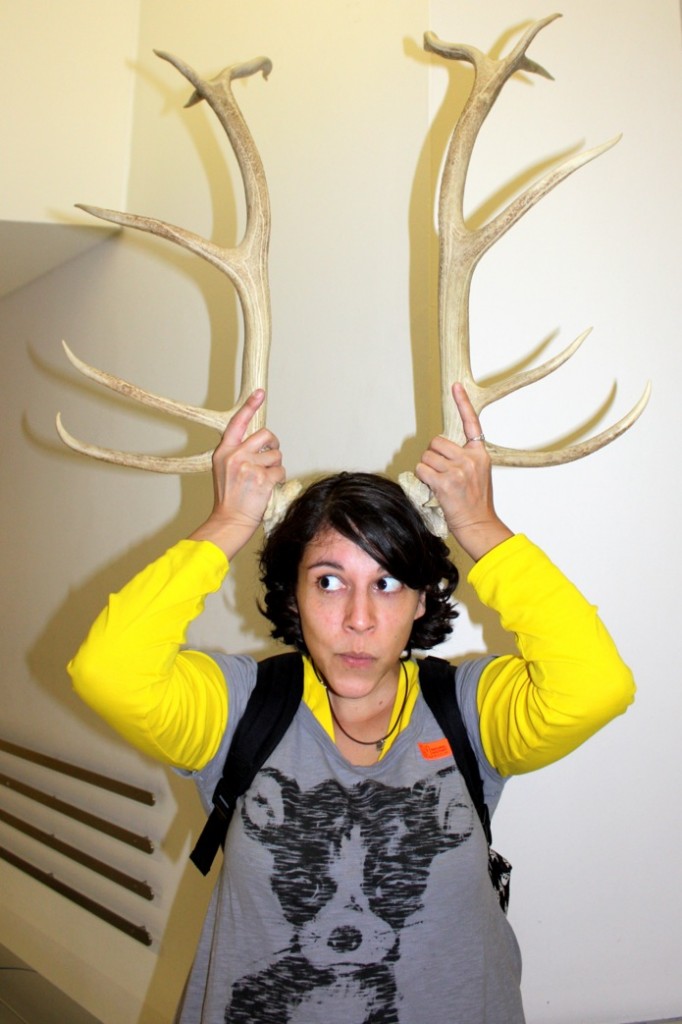 I can’t say I would recommend a tango with the Grim Reaper as a path to getting published but I can say this: That a life lived in fear is a life half lived, and that this life is the only one you are going to get.

So go forth and find that egg of an idea, or settle down and hatch the one you already have, and make as much ‘squeeeeeeeee’ for yourself and for others as you possibly can (making ‘squeeeee’ for others is scientifically proven to increase your own ‘squeeeee’ by a gajillion percent).

And while you’re at it, learn to knit. Knitting cures cancer and gives you handy weapons for the coming of the zombie apocalypse. What more can a girl ask for?

I have always dreamed of growing my own set of antlers…